Please contact Mike Love at  mike@lovepowerlearns.org to get involved in this event.  Sponsors, speakers, and other types of help are always appreciated.
No individuals (organizers, speakers, presenters) receive compensation for their time or expertise at this event. All donations are greatly appreciated and will offset expenses related to the production of this conference. Please make checks payable to Mount Miguel High School and write Brother 2 Brother on the memo line.
Send to:
Mount Miguel High School
Attn: Brother 2 Brother
8585 Blossom Lane
Spring Valley, Ca. 91977
Consult your tax advisor regarding any charitable donations you make. 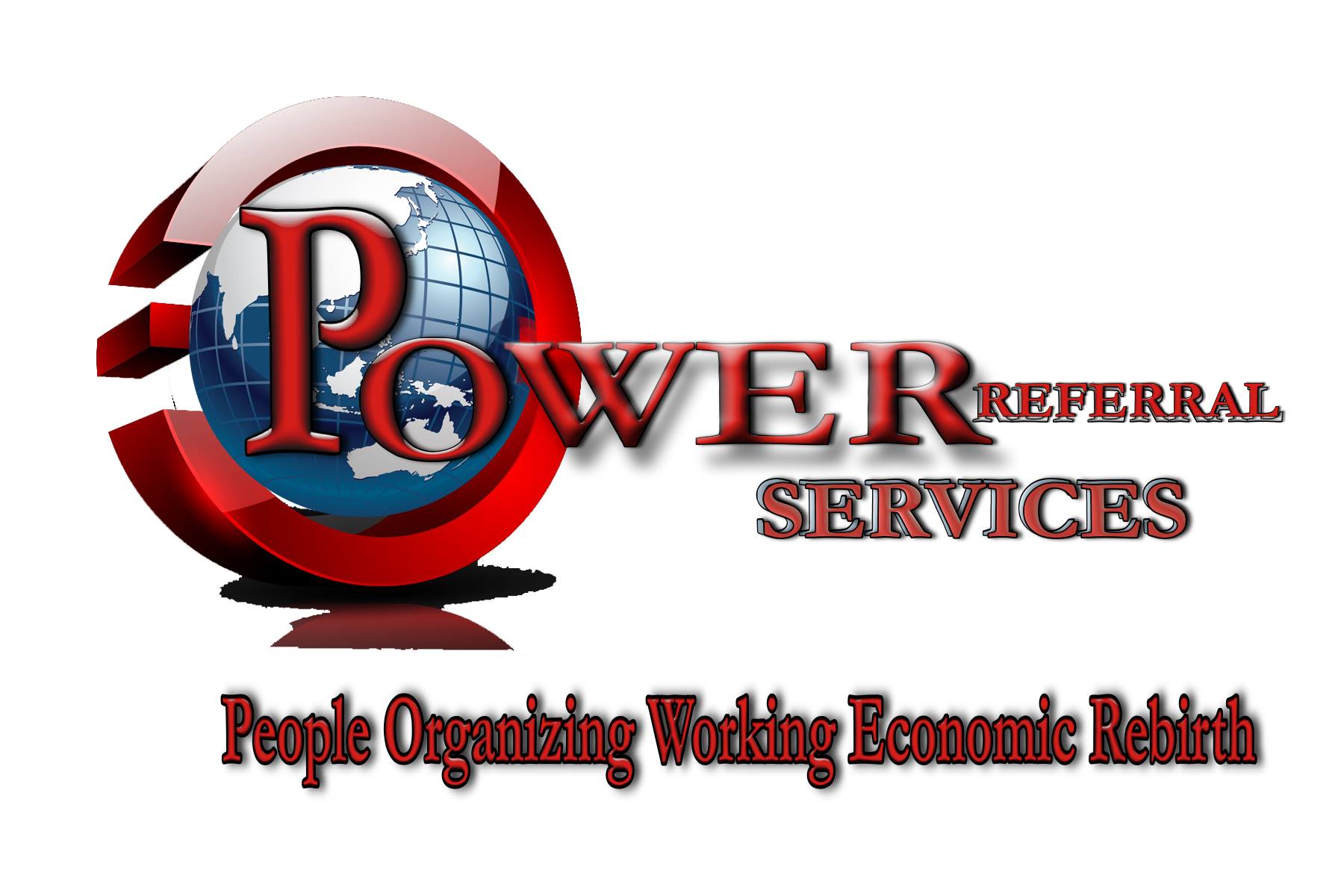 We thank POWER REFERRAL SERVICES for their generous donation.
Power Referral Services offers quality contractors at affordable prices.
POWER IS AN ACRONYM WHICH STANDS FOR….People..Organizing..Working…Economic…Rebirth….THAT’S POWER!
Our Mission Is To FIRST and FOREMOST help the less fortunate of our people and help lift fallen humanity in the inner cities and all across America. We believe by donating part of our earnings we bring in through all of our services. We give back on every job from our contractors or service providers to organizations that are directly helping those in need, specifically for our youth.
Check out their Facebook Page. 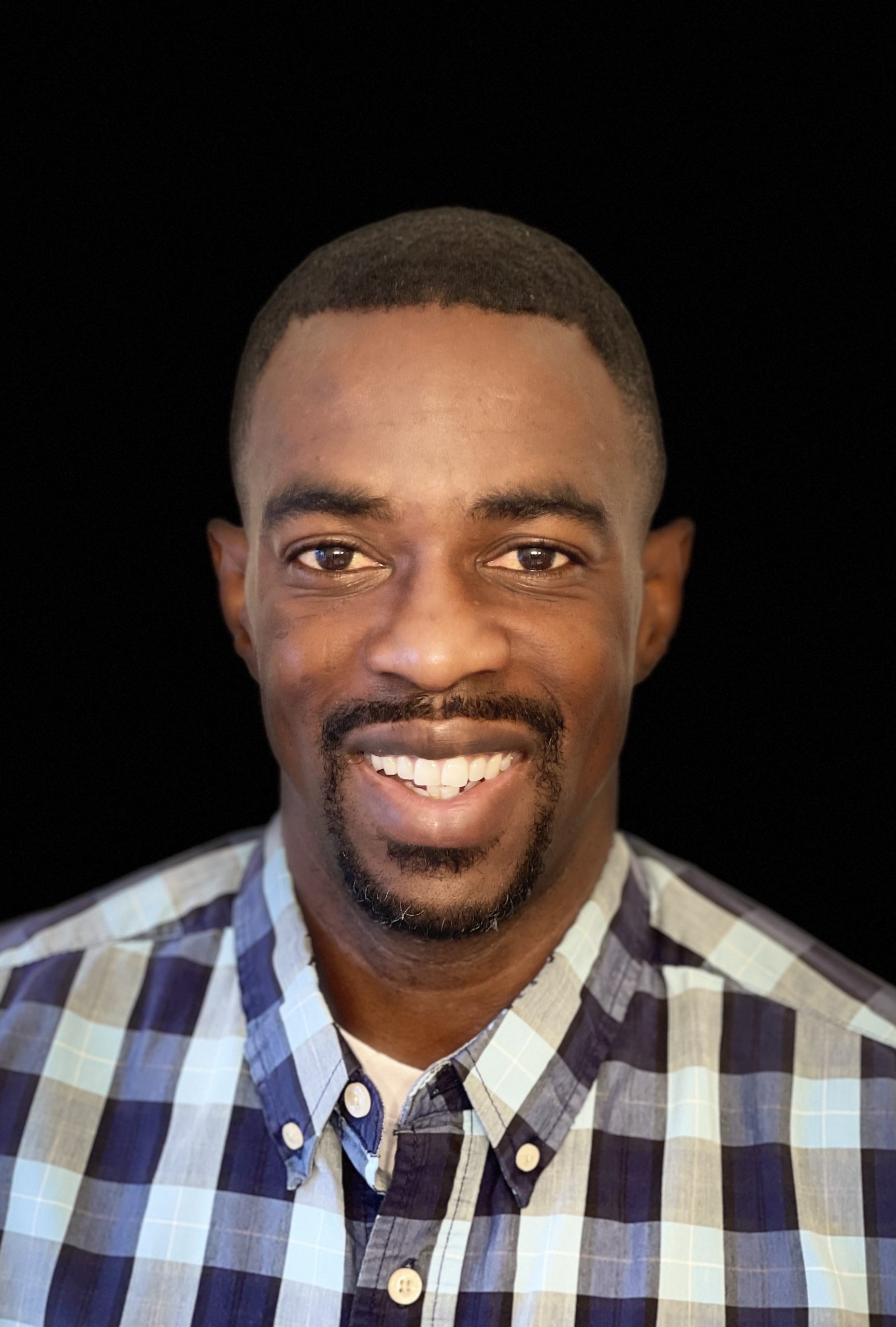 Franklin Garrett is the Director of Divisional Educational Initiatives in the Division of Physical Sciences at UC San Diego. His experience in higher education includes strategic planning, multicultural counseling, advising, student services coordination, and student account services. Franklin received his Master’s in Education with an emphasis in multicultural counseling from San Diego State University and is currently pursuing his Doctorate in Educational Leadership at UC San Diego and CSU San Marcos. Franklin directs the Student Success Center in the Division of Physical Sciences. He develops, leads, and manages programs and initiatives that deliver student developmental services across the Division’s entire student body.

Jack in the Box

Thank you to Jack in the Box for their generous support of this event.

Shane Paul and Chuck Stauffer offered a donation which will go to offset expenses related to producing today’s event. They are local businesspeople and we appreciate their support. Please visit their local restaurants at: 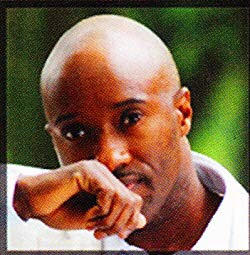 Thad Hughes has been a supporter of and presenter at many of our conferences over the years. He is unable to join us this year but made a generous donation to help cover expenses related to today’s event. We appreciate his generosity! We thank him for his donation and look for him to return in person in the future. 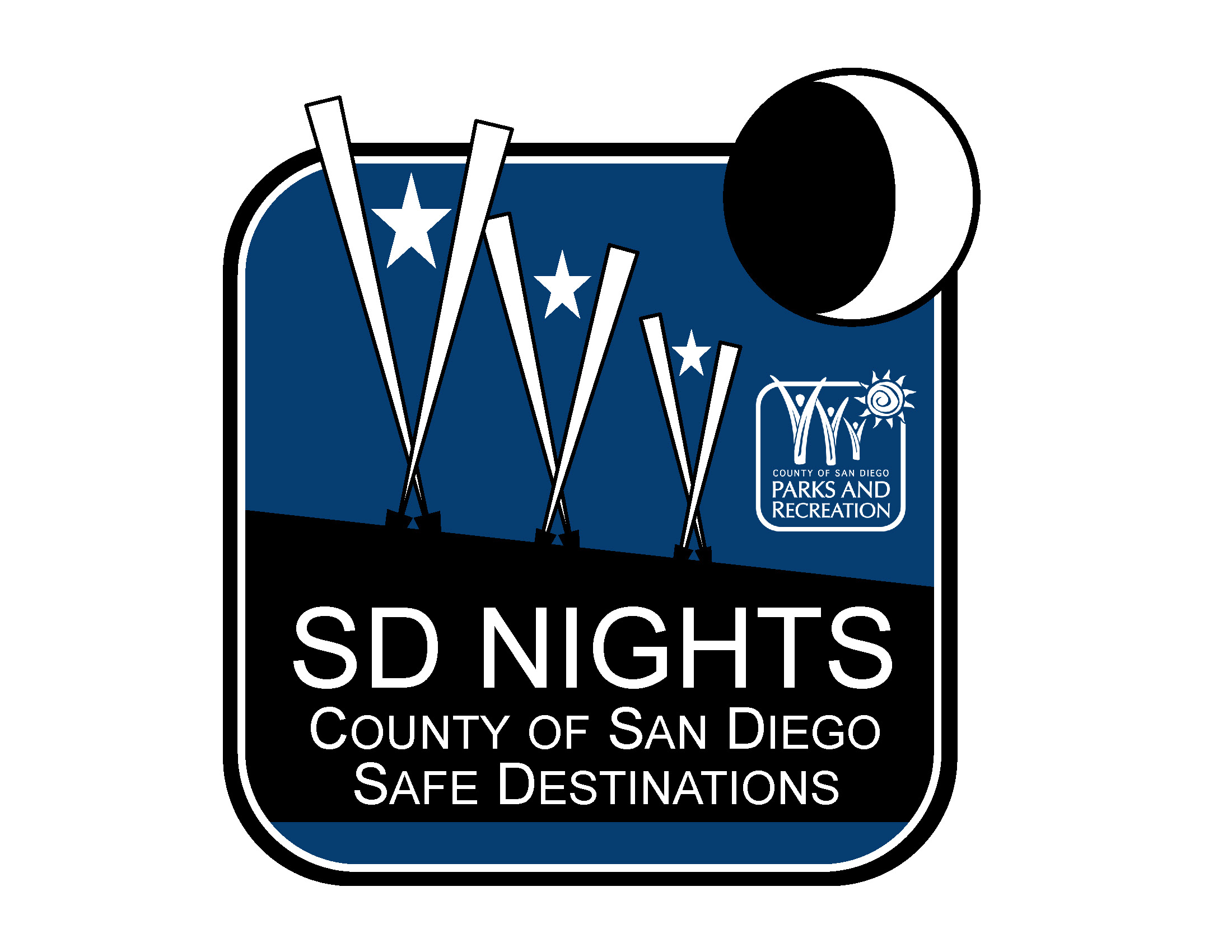 SD Nights (San Diego or Safe Destination Nights) is a program designed to provide teenagers a safe place for recreation and enrichment during critical hours, and to reduce gang and criminal activity among our youth.  SD Nights is part of DPR’s strategy to engage, establish, equip and empower youth throughout San Diego County, giving them tools to make better decisions, build strong character, and improve their quality of life for years to come.  Providing youth with a Safe Destination during evening hours will deter them from engaging in destructive habits like drug/alcohol use and gang activity.  Surveys indicate that children who are kept busy during critical hours through diverse activities are less prone to become involved in these negative behaviors.

People often make life-impacting decisions as young men and women that remain with them for the rest of their lives.  As they transition from youth to adulthood, most people tend to gravitate toward what is convenient and what they are surrounded by.  By giving young people the opportunity to become involved with something positive and productive, we can influence not only their lives, but the lives of others around them. 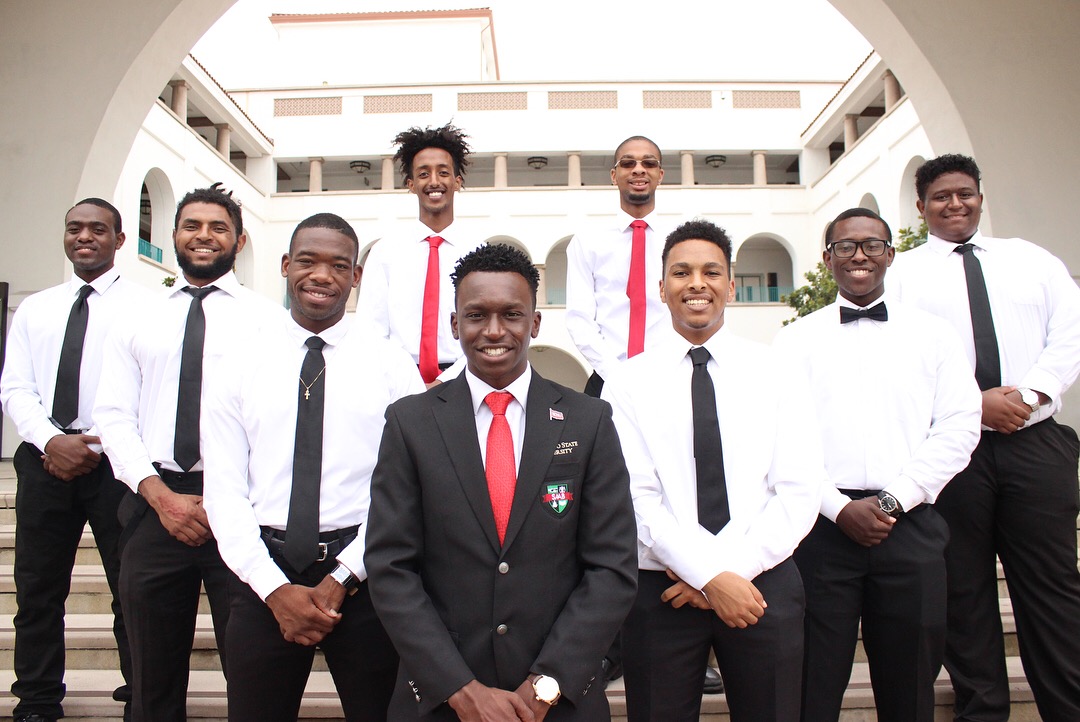 Of the events that SAAB puts on every year, 5 major events include the Powderpuff game put on for the sisters, helping at the YMCA for the annual Halloween event, the SAAB Talent show, and the SAAB Signature Program, in which the brothers hold a dinner for members/students, faculty/staff, and other organizations that have supported them. They take this time to reflect on the events of the year, recognized outstanding students/faculty, and officially announce the new executive board for the upcoming year. The last major event is the annual Young Men’s Leadership Conference at Mount Miguel high School, which SAAB has been supporting since the first conference in 2006. Other events also include leadership conferences, retreats, luncheons with faculty and staff, and intramural athletic teams. As well as the weekly meetings and discussions, they facilitate business professional meetings, social activities, and community service with various organizations in the community. The weekly meetings will range from topics including hip-hop culture and black identity to faculty/guest speaker led discussions. They also include some lighthearted topics such as dating advice and general tips and tricks that everyone could benefit from knowing. 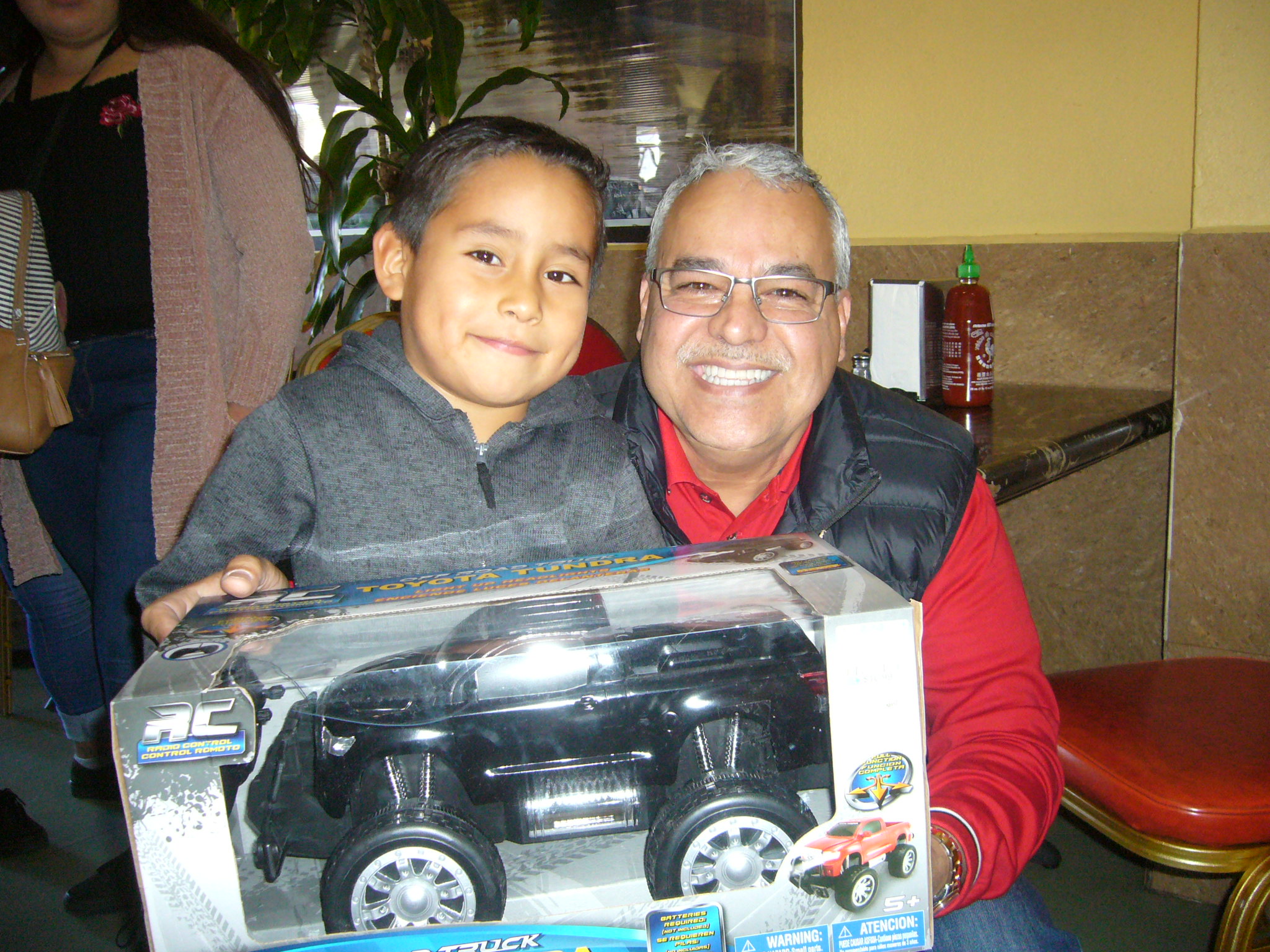 his ongoing donations of bottled water over many years. He has been honored numerous times

for his teaching excellence and his tireless advocacy for all our students. His generosity is

The GUHSD and Mount Miguel High School have hosted the conference since its inception in 2006.  We appreciate their ongoing support. 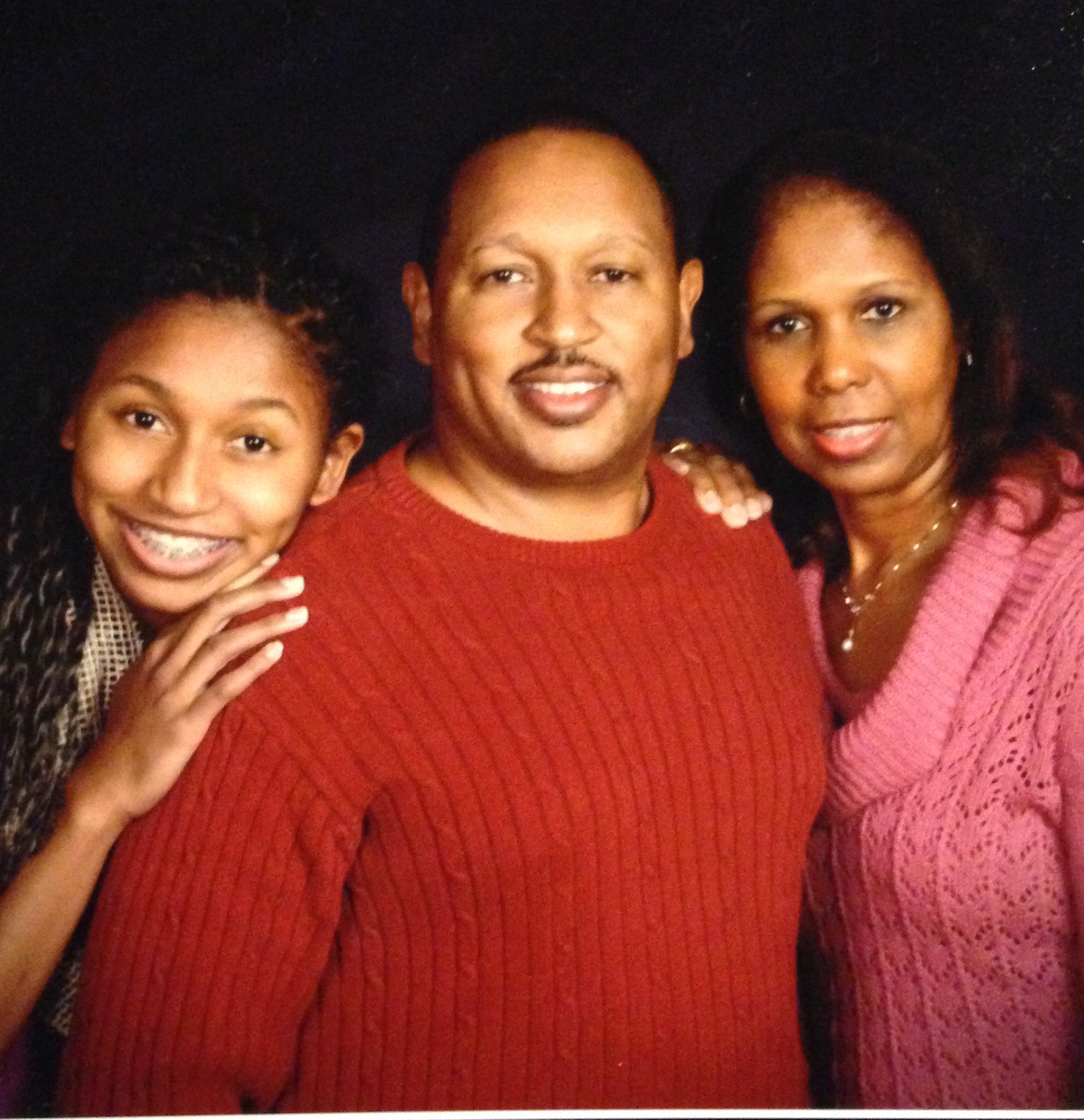 Gift cards for today’s event were provided by Dr. Lizana and her family. We are grateful for their ongoing generosity over many years.

Dr. Angelyn Moultrie-Lizana was born in Los Angeles and grew up in Rialto, CA. She graduated from Cal State San Bernardino with a BA in Biology. She then earned her D.O. Degree from the College Of Osteopathic Medicine of the Pacific and then earned a Master’s of Science in Health Professions Education from Western University of Health Sciences. She is Board Certified in Family Medicine.   She is a founding partner in the Pioneer Medical Group where she is the Medical Chair of Operations and the Chair of the Family Medicine Department. She is a Captain in the United States Navy Reserve and was most recently the Deputy Surgeon for Commander Seventh Fleet and is currently the Deputy Surgeon for Commander Naval Forces Korea. She is a member of many state and national medical and military associations.

She and her husband Oren are proud parents of Ashley Lizana, a student at the University of Notre Dame who is a member of several National Honor Societies. 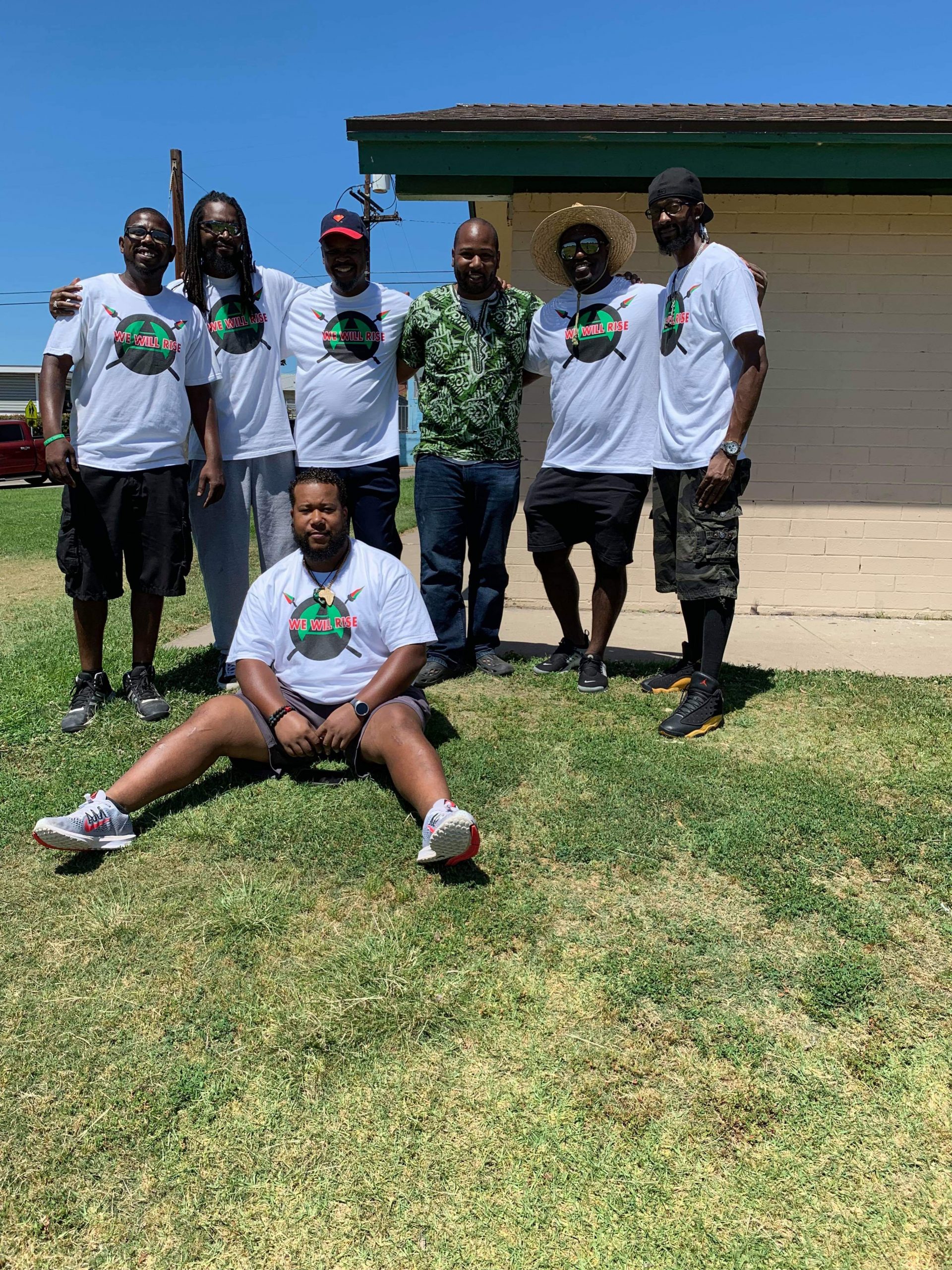 We Will Rise is an organization in San Diego CA, comprised of a group of Black men who are committed to positive change in the communities in which they live. The men meet once a month to discuss issues related to learning and empowering themselves as well as creating opportunities to support the community. 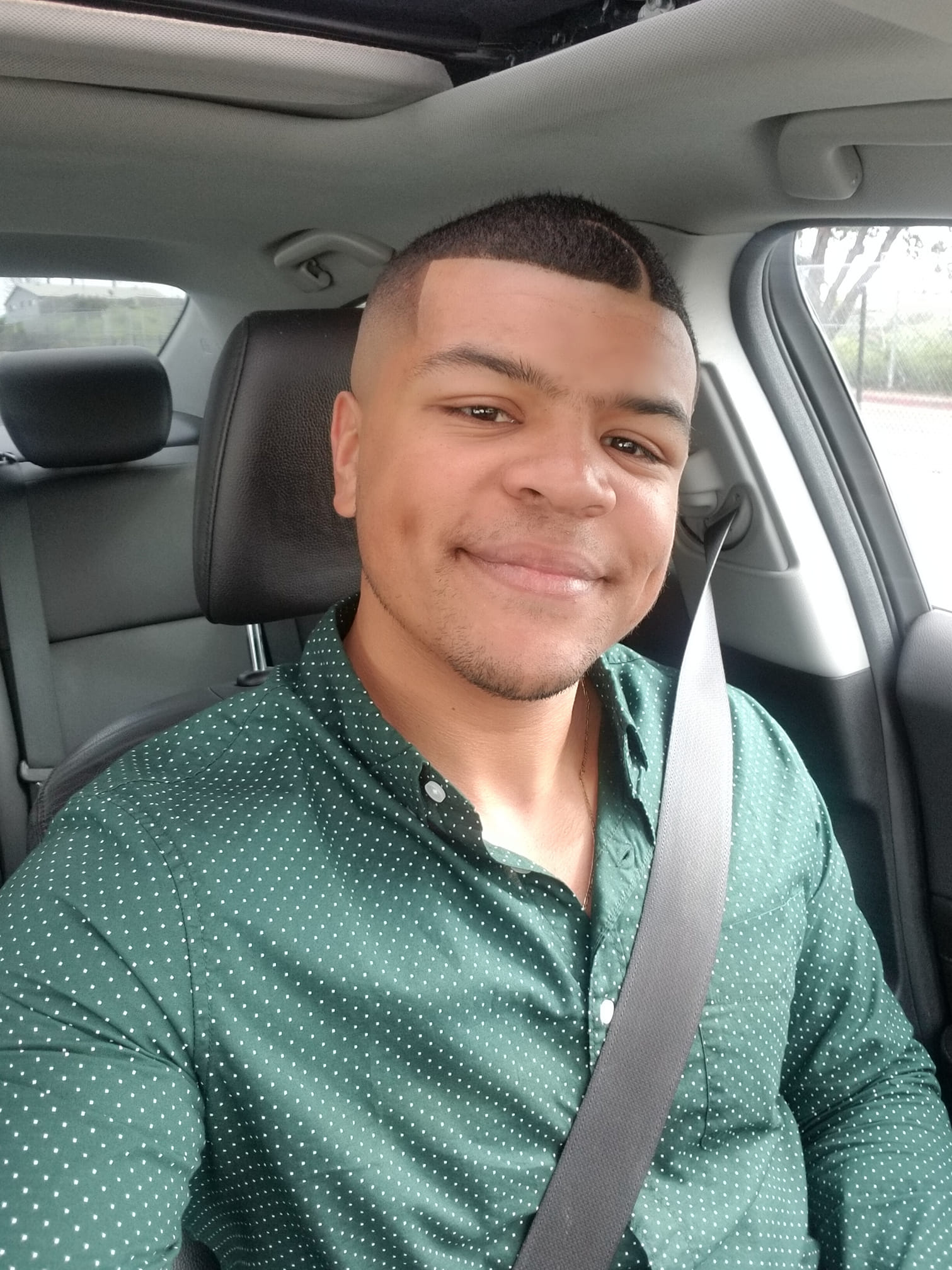 Antonio McNeil, 23, is a young entrepreneur born and raised in San Diego. Also known as, The Marathon Agent, Antonio has a successful career as a Realtor in Southern California who also owns and invests in homes for financial growth and residual income.

As a former student and graduate of Mount Miguel High School, Antonio succeeded as a student and was offered a scholarship to attend Portland State University in 2014. However, with numerous family & personal problems at home, he moved out of his family home at 17 making a future in college non-existent for him at the time. At the age of 19, Antonio passed his Real Estate exam and received his License. He started from the bottom, living in a 200 square foot studio, working 2 part time jobs to pay rent and bills and invest back into his new career as a Real Estate Agent. On his own, he built his career in the industry from being almost homeless at the age of 20 to now earning over a six-figure income in Real Estate and owning his condo in North Park.

Antonio strives to be a positive example & impactful role model to the younger generations in his community by empowering and mentoring the youth who strive to be their own entrepreneurs and start their own businesses. Antonio plans to be a staple in the community to provide help, information and guidance to the troubled youth who struggle to invest in their own future. He plans to stay and invest in the youth for decades to come.

Antonio McNeil made a significant contribution via his sponsorship of the breakfast items served this morning. We are thankful for his generosity and his efforts on behalf of today’s conference. 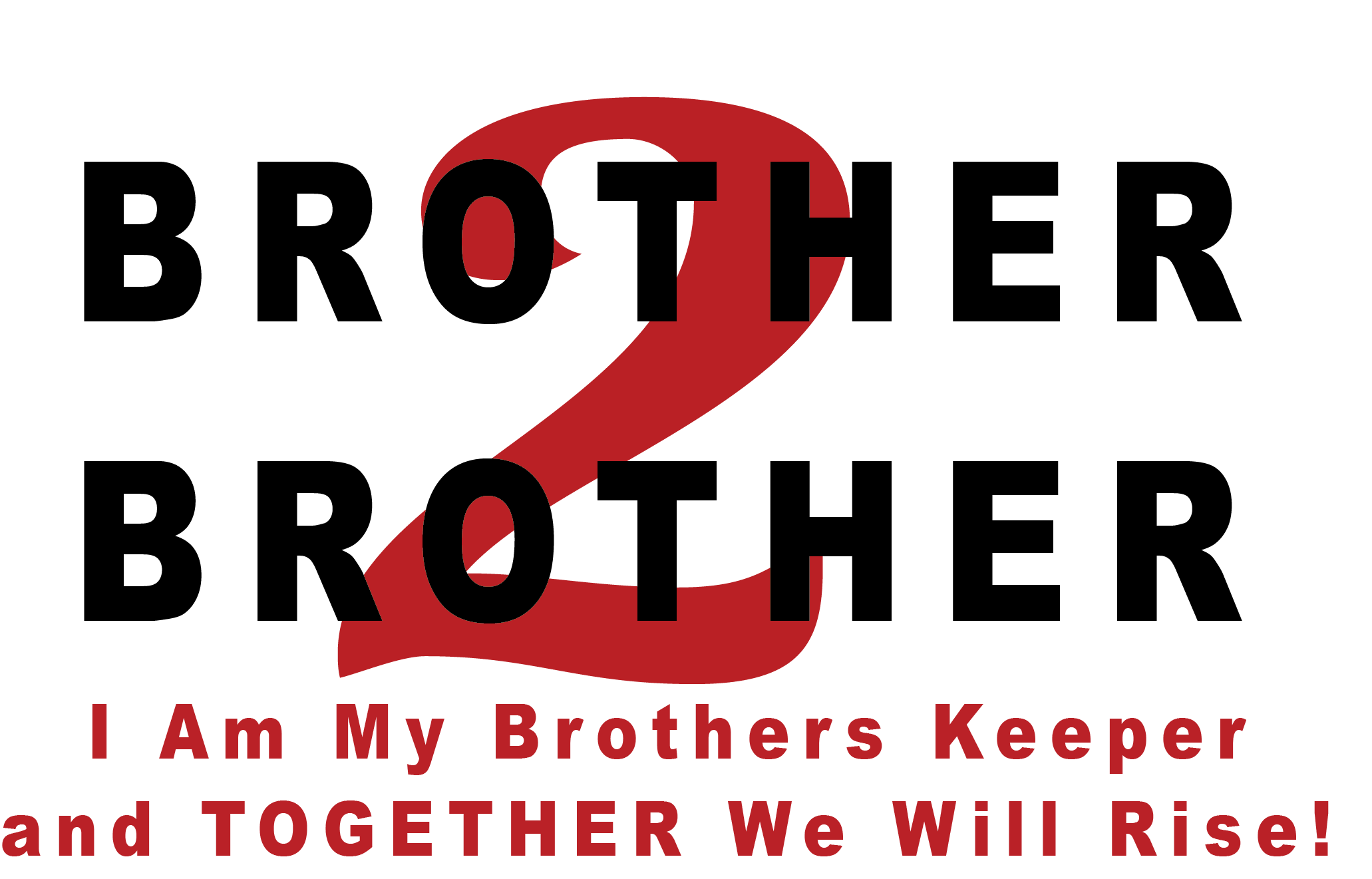 The Mount Miguel High School  Student African-American Brotherhood (SAAB) Chapter was chartered in 2005 and was the first high school in the nation to have a SAAB chapter. In the intervening years, the Mount Miguel Chapter reformed as Brother 2 Brother, in recognition of the Brothers of various races who attended our meetings and participated in our events both on and off campus. We continue to honor the principles of accountability, pro-active leadership, self-discipline and intellectual development by attending special events with our Brothers from the San Diego State Chapter as well as organizing on campus events such as our Black History Month assemblies and ‘Dress for Success’ Days, among others. 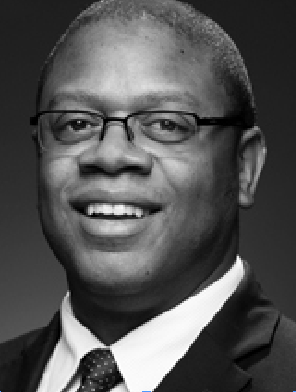